Both routine and emergency medical cases are welcome at the clinic.

Every problem related to internal medicine, including but not limited to chronic weight loss, intermittent colic, persistent cough, skin rash,… can be examined at the clinic. We also welcome the equine athlete for an in-depth check-up of performance-related problems (cardiac, respiratory, muscular disorders…).

The clinic has a large internal medicine examination room and specialized material such as an endoscope, a gastroscope and high-quality echographic and radiographic equipment. 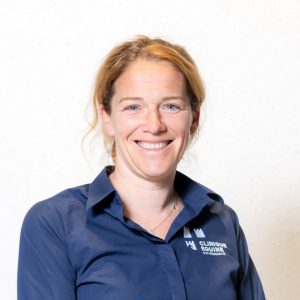 Barbara Broux graduated from Ghent University in 2010. After her studies she immediately started a one-year internship (orientation internal medicine) at the equine clinic of the same university, which was followed by an European residency in Equine Internal Medicine under supervision of Prof. Gunther van Loon. While at Ghent University, under the impulse of Prof van Loon, Barbara performed research in equine cardiology, which resulted in numerous publications in international journals and a PhD title in 2017. In 2019 Barbara passed the European board certifying exam and became a Diplomate of the European College of Equine Internal Medicine (Diplomate ECEIM). After 9 years at Ghent University Barbara decided to join the team of the Equine Clinic Acy-Romance in the spring of 2019.

In January 2022 Barbara became partner of the clinic and since then she has been part of the clinic’s management team.